THE BRAHMA KUMARIS AT THE UNITED NATIONS

The Brahma Kumaris first connected with the United Nations in September 1980 and is an international non-governmental organisation (NGO) of the UN. We were always motivated by the work of the UN and wanted to enhance spiritual perspectives at a personal, community and global level. Our aims were in line with the aims of the UN and we wanted to facilitate a greater awareness of social responsibilities, foster sustainable human-centred development, support economic, social, environmental and human well-being, and promote gender equality. Over the years, we have attended numerous UN Conferences, preparatory meetings, commissions and prepared written and oral statements, hosted parallel events and worked with NGO committees and caucuses. Our newly renovated offices at the UN, New York “…What we need at this time is not for one person to be great, but to create communities of greatness...”

The United Nations was formed in 1945 as a result of the devastation caused by the second world war. The guiding principles for the UN was based on:

Even though we are no longer post WWII, humanitarian issues are just as powerful now as they were back in 1945. 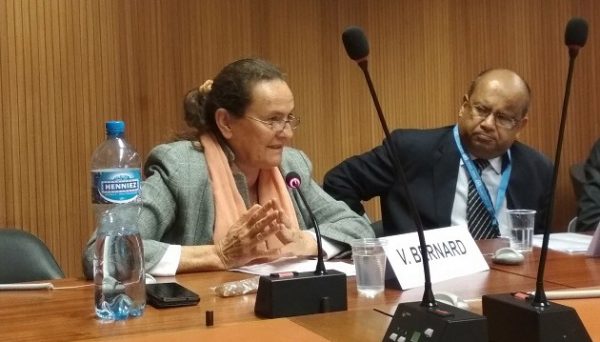 Valerian Bernard speaking at the UN in Geneva about Non-violence

All real change, big or small, occurs as a sequence of subtle shifts, beginning with a change in awareness.  A change in awareness precipitates a change in attitude; one’s attitude colours one’s vision; when we see the world in a new way, we can no longer take the same action we would have taken before; then our new actions generate a new world.

Through its international network of Brahma Kumaris Centres in over 110 countries,  our Headquarters, the Brahma Kumaris World Spiritual University (BKWSU), provides people with opportunities and settings to voice their opinions on critical matters that impact their daily lives, and it ensures that these messages make their way back to the United Nations through written and oral statements and other publications presented at UN conferences and meetings.

The BKWSU holds the following positions with the United Nations …

Consultative Status means that the BKWSU may be consulted on areas they have expertise on in relation to matters that affect the economic and social lives of people, and the humanitarian and developmental assistance to children and mothers in developing countries.

In order to have consultative status, an NGO must satisfy a number of criteria such as, membership must broadly represent major segments of society in a large number of countries in different regions of the world; it must be closely involved with the economic and social life of the peoples of the areas it represents; and, it must have demonstrated that it has substantive and sustained contributions to make towards the achievement of the objectives of the United Nations.

Associate Status with the DPI enables the BKWSU to be known globally, be involved in advocacy efforts to help monitor and implement international agreements, actively plan and participate in activities, events, conferences, briefings etc, and have access to resources and networking opportunities.

The criteria for this status includes being a reputable NGO with national, regional or international standing and operate solely on a not-for-profit basis.

Observer status entitles an international organisation to limited participation in the work of the United Nations.  Limits may include speaking, voting and signatory rights on working papers.

WHAT ARE THE AIMS AND PURPOSES OF THE BRAHMA KUMARIS AND ITS COURSE OF ACTION?

To clarify spiritual and moral perspectives on issues of personal, community and global concerns; to facilitate a greater awareness of corresponding rights and responsibilities; to foster sustainable human-centered development, the support of economic, social, environmental and human well-being; and the promotion of gender equality.

HOW DOES THE BRAHMA KUMARIS CONTRIBUTE TO THE WORK OF THE UN?

WHAT UN CONFERENCES HAS THE BRAHMA KUMARIS PARTICIPATED IN OVER THE YEARS?

80’s – the Brahma Kumaris initiated various outreach projects including The Million Minutes of Peace Appeal, and Global Cooperation for a Better World.

2000 – the Brahma Kumaris focused on the Millennium Development Goals

2010 — the Brahma Kumaris’ focus on the Environment and participated in:

Conference of the Parties to the Convention on Biological Diversity

WHAT SPECIFIC PROJECTS HAS THE BRAHMA KUMARIS CONTRIBUTED IN BRINGING UN PROGRAMS TO THE MASSES WORLDWIDE?

The Brahma Kumaris initiated and implemented global projects to help raise awareness on the significance of the UN programs of action on people’s lives and realities:

• The Million Minutes of Peace Appeal, held in observance of the International Year of Peace, in 1986. Brahma Kumaris centres in seven countries received Peace Messenger Awards for their significant contribution.

• Global Co-operation for a Better World, a peace messenger initiative, was a follow-up to the work done during 1986 and reached out to people in 129 countries, asking them for their vision of a better world. This was compiled in a book entitled, “Visions of a Better World.”

Sharing Our Values for a Better World, a programme to honour the UN 50th Anniversary, in which people were asked to identify values that gave meaning to the lives of people in their country. A book entitled “Living Values: A Guidebook” was dedicated to the UN 50.

• Sharing International Decade for a Culture of Peace and Non-Violence. The university signed a partnership agreement with UNESCO and was designated as a “Messenger for Manifesto 2000”. It actively promoted Manifesto 2000, collecting over 37 million signed pledges by individuals to implement it. The university also organised “Flagship” and other events in 51 countries and held numerous seminars and workshops regarding and promoting the principles and values underlying a culture of peace.

WHAT ARE SOME OF THE ONGOING ACTIVITIES IN SUPPORT OF UN PROGRAMS?

Annual observance of UN-dedicated days such as:

• A world-wide initiative on the Spiritual Dimension of Decent Work, in support of the International Labour Organization’s Decent Work Agenda.

• Research and development of Renewable Energy to ensure environmental sustainability.

• Reduction of child mortality and improvement of maternal health through the Global Hospital and Research Centre.

• Values in Healthcare: A Spiritual Approach, a personal and team development programme for healthcare practitioners in partnership with the Janki Foundation.

• The Call-of-the-Time Dialogue Series: is convened annually in Oxford UK bringing together seasoned and young leaders representing diverse issues and different disciplines. The common thread being an understanding of the double helix of the spiritual and secular.

• The Future of Power: is a series of exclusive conversations exploring the forthcoming ‘shifts in power’ and their impact on leadership in the 21st Century. 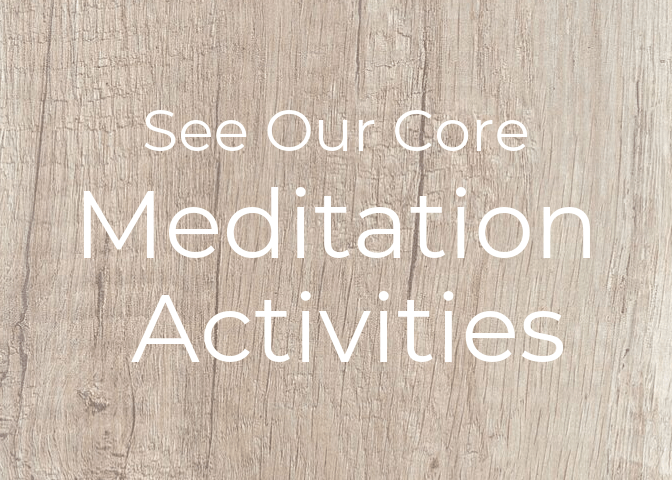