HISTORY OF THE BRAHMA KUMARIS

The Brahma Kumaris was launched in 1936 during the time of the British Raj. India was still 'undivided India' which at that time consisted of India, Pakistan and Bangladesh as one. It was before the second world war, and India was yet to become independent. The partition of Pakistan and Bangladesh from India was a very difficult time filled with violence and prejudice... The organisation was started in Hyderabad Sindh (a part of original Pakistan) however, it was decided they would be safer in India so they travelled over the border into Rajasthan and settled high in the Aravali Mountain Range in the hilltop district of Mt Abu.

The Life of a Simple Jeweler Dada Lekhraj was a wealthy and prominent Jeweller in the early 1920s. He was happily married with 5 children and sought after for his creative designs.

The Experiences of Dada Lekhraj In 1936 at the peak of his career he began to have a series of visions that showed him the future of the world. The vision were so profound that he decided to dedicate his life to what he saw.  So Dada left his thriving career and started a Spiritual Satsang called Om Mandali in Hyderabad Sind. During the early times of Om Mandali a young girl by the name of Radhe happened upon the Om Mandali. Even though she was young, she demonstrated wisdom beyond her years and was given the name of Mama out of respect.

Partition: Moving to a New Land.. In 1947 the horrors of Partition began between Pakistan and India. Despite the fearful scenes of violence, community tension and riots all who were involved in the Om Mandali Satsang were given safe passage to India. 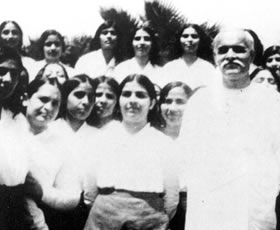 Dada Lehraj becomes Brahma Baba and puts young girls in charge of the Spiritual University under the guidance of Om Radhe (aka Mama).

The Life of Jagadamba 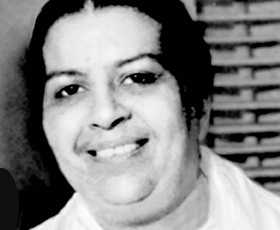 During her lifetime Mama had a significant impact on most people. She was a calming force wherever she went. She was also found with Cancer early in her life - which she lived with for many years - gracefully. She finally succumbed in June of 1965.

The Passing of Brahma 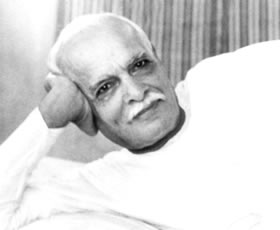 The passing of Brahma on 18 January 1969 was sudden and unexpected.  Many wondered what the future would hold... Incredibly his passing opened up the expansion of the Yagya into foreign countries and began a brand new chapter as westerners came to learn meditation and be apart of the organisation.

The Next Chapter... Expansion

After the passing of Brahma Baba many wondered how the Brahma Kumaris could continue now that their founder had passed. It was a difficult time for the senior sisters, as they had grown up with Baba, and never imagined him not being there. Dadi Prakashmani and Didi Manmohini guided the organisation through the passing of Baba and then continued as caretakers of the organisation. 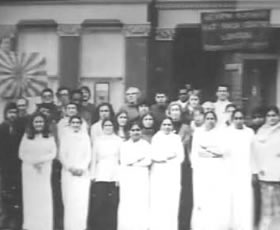 The seminal Raja Yoga centre is established in Tennyson Road. Senior sisters come and go to sustain the centre, including Nirmala and Rattan Mohini (Dadi). It would be almost three years before Dadi Janki would establish a real presence in London.

Dadiji's Dream for the UN 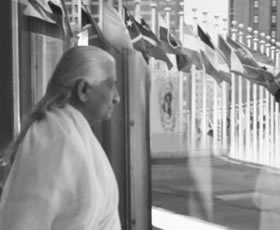 When Dadi Prakashmani first traveled to New York and learnt about the United Nations she felt aligned to the causes completely and her immediate vision was to create a BK presence at the UN to support the UN's international work towards global peace. 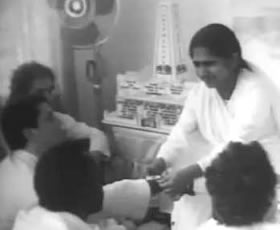 Dadi Janki travels to London from India and establishes the first international meditation centre. Starting with the small house at 96 Tennyson Road (Kilburn) Dadi remains in the UK for forty years before returning to her native land of India. 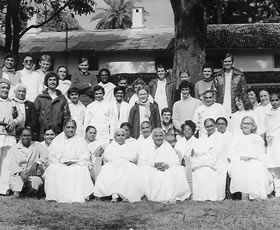 Brahma Kumaris at the UN 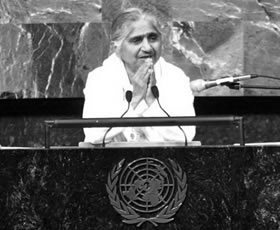 In 1980 the Brahma Kumaris World Spiritual University gains affiliation as a Non-Governmental Organisation (NGO) with the United Nations (UN) Department of Public Information (DPI) and in 1983 the Brahma Kumaris are put on the roster of the Economic and Social Council (ECOSOC) at the UN. In 1998 the Brahma Kumaris were given general consultative status with ECOSOC affording them the opportunity to contribute a spiritual expertise to matters of global concern, in a substantive way. Dadi Janki makes a formal address at the UN. 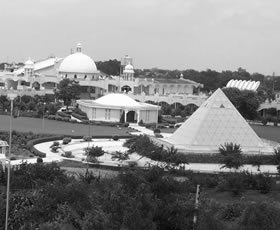 From 1990 through to 2000+ was a time of rapid expansion for the BK's into various countries. Our investment was to create retreat centres where people could step out of their lives and into a peace filled space to develop their own connection and relationship with Peace. 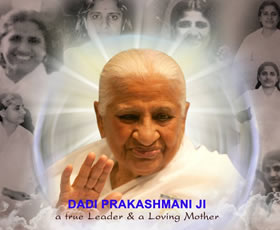 Our lovely Dadji left her body in Mt Abu on 25th August, 2007 aged 87. And Religious leaders, Politicians, Social leaders, Activists, Statesmen, Ambassadors, Industrialists, Businessmen, Judges, Media persons, Bureaucrats, Educationists from cross sections of society paid homage to Dadi Prakashmani, the late Chief of Brahma Kumaris. Dr. A P J Abdul Kalam, former President of India termed Dadi Prakashmani as a visionary institution builder and shared how wisely she had said that it was the power of silence which constituted common basis for blending and development of science and spirituality.. 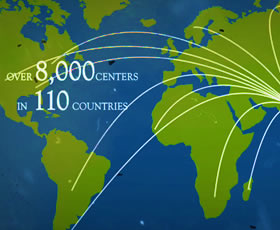 Brahma Kumaris World Spiritual University now has over 8000 Locations across 110 Countries and more than 1 million daily students. For more than 80 Years they have developed all kinds of spiritual programs to enhance a peaceful life. Although now quite elderly, another of the original founding members is the current Spiritual/Administrative Head.

Some of Our Retreat Centres Around the World... 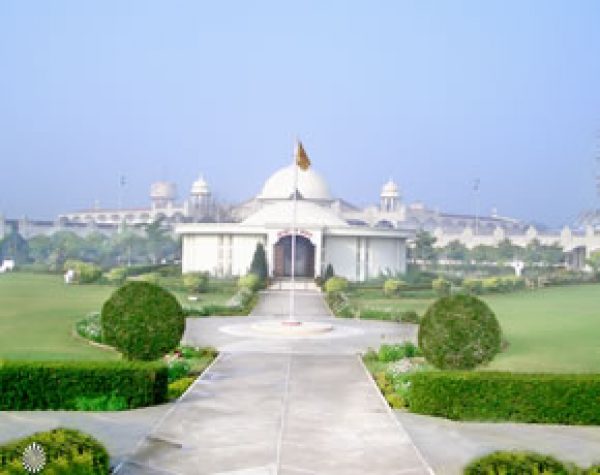 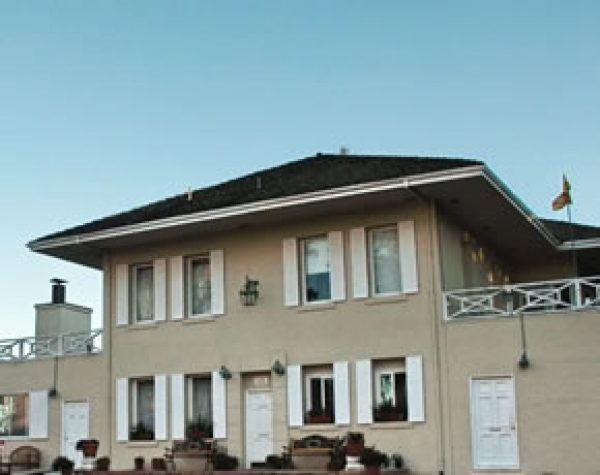 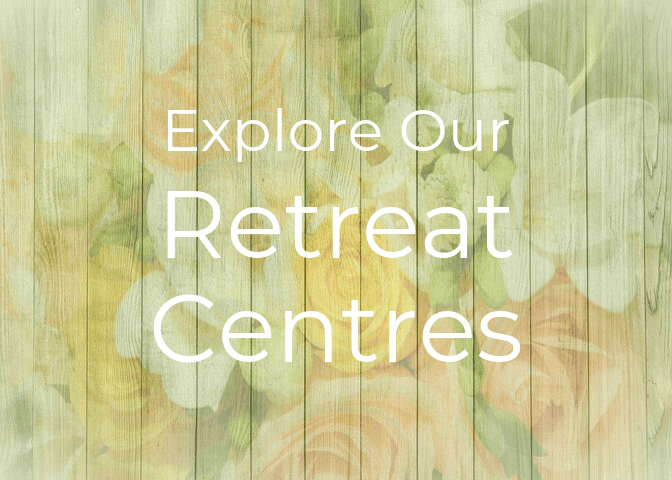